Original article from the "Attorney at Law" can be viewed here. 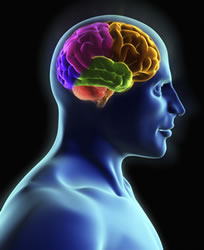 Attorneys commonly ask me to explain the differences between a disc bulge and disc herniation and the relationship of these findings to the motor vehicle crash. The purpose of this paper is to help give you clarity to spinal disc terminology based on the terminology endorsed by the American Society of Spine Radiology, American Society of Neuroradiology, and the North American Spine Society.

Standardizing terms for defining conditions of the disc have been a problem for several years among clinicians and radiologists. The terms discussed here were endorsed by the above agencies in 2001 and then were revised in 2014.[i] Before I discuss the abnormal, a definition of normal should be established.

Normal defines the disc as morphologically normal, which means normal aging (disc degeneration) could be considered normal in some instances and written in a report as such. This is an important concept to remember because although the radiologist may report it as a normal finding, the fact the disc is degenerative would increase the risk of injury after trauma and prolong the prognosis for recovery.[ii]

In many cases the radiologist does document the degeneration of the disc. When the disc degenerates, the annular fibers will separate from their attachment to the vertebral bone, referred to often as an annular tear. This term can create some confusion as it predisposes us to think they are traumatic only; the preferred term for an annular tear is an annular fissure. This term is preferred because annular fissures will be frequently seen in the non-traumatic spine as a result to disc degeneration.[iii]

As with annular fissures, disc bulging can be frequently seen with disc degeneration; disc bulging is not a form of disc herniation. A disc bulge refers to the outer contour of the annular wall, technically it is defined when this outer wall extends in the horizontal plane beyond the edges of the disc space, usually by more than 25% of the circumference of the disc, and less than 3 mm beyond the edges of the vertebral body. In other words, the disc annular walls appear to fatten or push out like seen when squeezing a balloon between your two hands, it has a wide base and swallow depth.

I recommend correlating the patient’s complaints to the findings discussed on MRI reports prior to discussing settlement. For example, I had a case where the patient presented with right calf pain and motor weakness of

the right foot after a fall on the ice. The MRI confirmed a large left lateral disc herniation, this was not consistent with the patient’s complaints and therefore I ordered a nerve conduction test; this revealed a peripheral nerve entrapment was the cause of his symptoms. The patient did require a surgical nerve decompression in his calf, not his spine. Interestingly enough, prior the nerve testing, the first surgeon this patient saw did recommend a lumbar discectomy of the herniated disc, which would not have helped this patient’s chief complaint and may have created a different set of challenges in discovery if this case went forward and was critically analyzed.

The other type of disc herniation is an extruded disc or disc extrusion where the displacement of the disc material is beyond the outer annulus with the base being smaller than the depth of the displacement and the continuity of the disc is maintained. If the disc material displaces away from the site of extrusion, in other words it has no continuous bridge of disc tissue with the disc tissue within the disc origin it is referred to as a sequestered disc or free fragment. If your client or policy holder has either a disc extrusion or free fragment a surgical consultation would be medically necessary and appropriate.

Hopefully after reading this article when you review future MRI reports you will know the difference between a disc bulge and the types of disc herniations. In the next edition of Attorney at Law Magazine I will discuss the traumatic disc injury and how it can be affected by pre-existing disc degeneration.